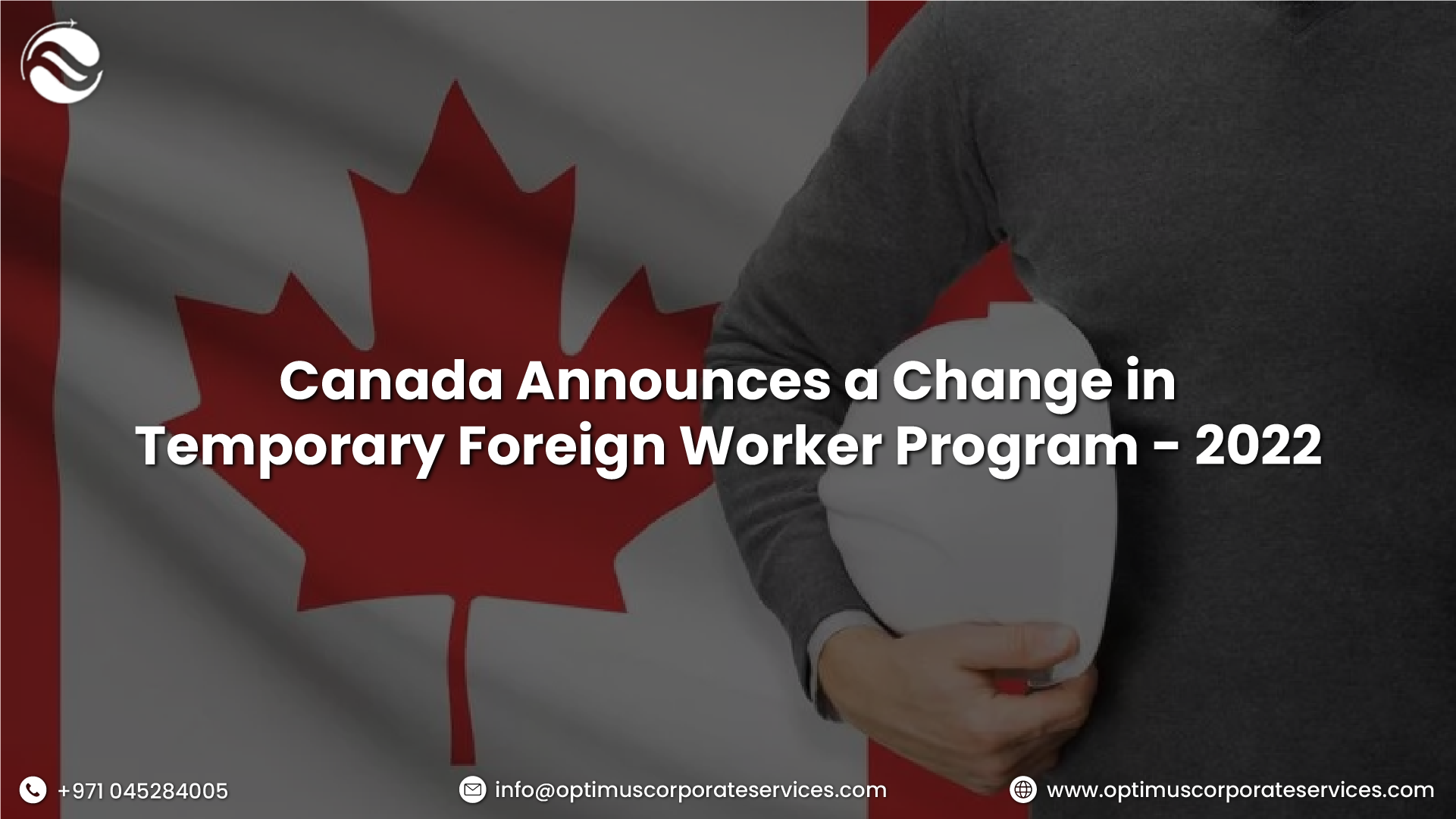 The shortage of labour is seen in the regulated workplaces of Canada because of the rising population. So for the betterment of the labour market, Canadian employers hire workers temporarily from outside the country. This temporary foreign worker program meets the growth factor in many work industries of Canada, such as technology, economy, environment and healthcare.

In 2022, Canada has announced more relaxation in foreign worker rules to increase labour in the workforce. The world is facing economic disturbance and an increasing unemployment rate after the Covid-19 pandemic. And to meet the needs, Canada has recently announced some major changes in TFWP to fill the job opportunities in various sectors.

To accommodate the employment needs, the Canadian government has announced some major changes in the temporary foreign worker program on April 02, 2022. Now you can migrate to Canada from Dubai or any country for work opportunities easily. Let’s discuss them in the following:

It should be noted that before the pandemic of Covid-19, the validity duration of the Labour Market Impact Assessment was just six months. During the pandemic, there was a disturbance in the economy worldwide. And Canadian government increased the duration of LMIAs to nine months.

It’s surprising that the validity of LMIAs now lasts 18 months after the under the employment and social development of Canada.

Extension in Duration of Employment

One of the major changes in TFWP is the increase in the duration of employment for foreign workers. The employment duration used to be two years long for the high-wage and global talent stream workers, increasing to three years.

And the longer employment duration also allows foreign workers to apply for permanent residency in Canada. Contributing to Canada’s workforce by offering your role and services in different sectors proves highly beneficial in the long term.

Before 2015, there was a limit on the employment rate of low-wage positions during the industrial season. The Canadian government passed the policy to exempt workers’ low seasonal employment rate in 2015. And recently, in April 2022, the seasonal cap exemption became permanent.

And from now the foreign worker program has increased the duration of seasonal employment from 180 days to 270 days annually.

Another strategic policy by the Canadian government is to increase the hiring rate of employers to 30% in labour shortage sectors. And through the TWF program, all employment sectors of Canada can hire up to 20% of foreign workers from the previous 10% employment rate.

The latest changes in the TFW program 2022 by the Canadian government will prove highly beneficial in different aspects. But some people and work sectors are also unhappy about it. Let’s discuss some of the advantages and disadvantages of these major changes in the following:

The main reason for the changes in the TFW program in 2022 is the increasing unemployment rate and empty job vacancies in the workforce of Canadian sectors. After the Covid-19 pandemic, there were more than 9 lac job vacancies. So, the Canadian government has set some rules and policies for hiring skilled foreign employers to meet labour needs.

Labour shortage is the main cause of the economic fall of a country. So after the policies introduced in TFWP, more workers can now immigrate to Canada to fill the record-breaking job vacancies. And it’s highly beneficial for the skilful foreign people and the economy of a country.

Canada’s temporary foreign worker program 2022 has introduced major changes to fill the unemployment rate. Moreover, the LMIA positions for low-wage workers have also improved with the increased time duration. Thousands of people come to Canada each other under this program to meet their poor economic status.